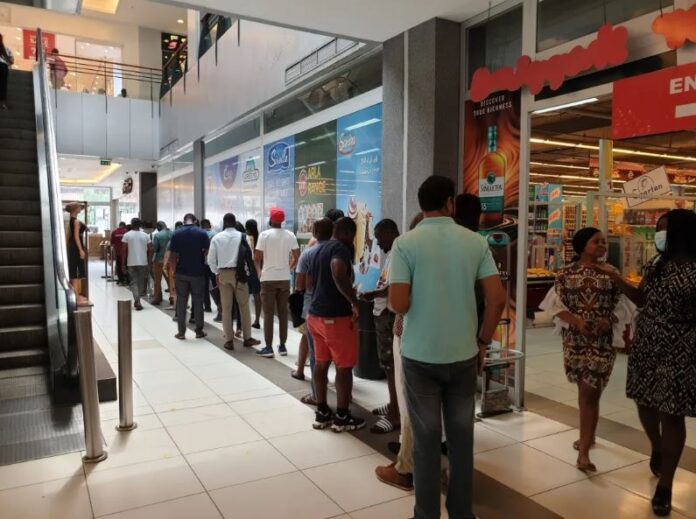 The Bank of Ghana has sounded a strong warning to forex bureaus operating in the country, that any breach of the regulations under which they work will result in their closure or severe sanctions against them.

The move is to stop all deliberate market practices that are fuelling the cedi’s fast depreciation, as Bloomberg reported last week that the local currency is the second-worst performing after Sri Lanka’s rupee, as it has lost 35 percent of its value since beginning of the year.

The BoG’s warning comes as a result of information gathered by the Bank that some licenced forex bureaus in the country are flouting the rules and regulations governing their activities, with some selling or buying forex from clients without issuing receipts or taking ID cards – things that are mandatory for them to do in any transactions they perform.

In fact, when the Bank of Ghana team led by Head of Financial Stability, Dr. Joseph Franz, together with the media, arrived at the Trade House Forex Bureau at the Marina Mall in Accra around 1:30pm, a long queue of people who wanted to transact in forex was observed.

Most of these people, according to information gathered by the BoG, did not have ID cards to transact but they were being served anyway. However, when management of the bureau saw the media and representatives of the regulator, customers were hinted to disperse the queue and the counter was immediately closed.

Within the twinkle of an eye the place was empty, justifying the regulator’s suspicion that the forex bureau was engaging in illegality.

Dr. Franz warned that the Bank of Ghana has increased its vigilance on the market, saying any forex bureau found to breach regulations governing the sector will face the full rigours of the law.

“Forex bureaus are not supposed to determine forward rates. So their mandate is simple; they deal in spot transactions and keep the rest of the forex they are not able to sell with the banks in a dollar account.

“Forex bureaus are governed by the Foreign Exchange Act (Act 723), but it has come to our notice that some of the forex bureaus are not being compliant with these simple rules, so the Bank of Ghana wants to assure the public that we are after those recalcitrant ones. We will fish out all of them,” he said.

He added that unlawful actions such as those being practiced by the Trade House Forex Bureau can significantly distort the market if unchecked and others join; hence the reason for using it as example to deter others from doing same.

“With this particular forex bureau, we realised that they were not issuing receipts to customers and they were also not taking ID cards. Worst of all, if a customer doesn’t have an ID card they have a stock of them in there that they pick from and use for the transaction. So, they are distorting the market.

“If all forex bureaux are going to do this, that is going to distort the market; and so we will ensure these people are brought to book. We have a number of forex bureaux on the market, and if all of them were to engage in such activity it would have systemic implications on the economy. Once we gather sufficient evidence, we have to close them down. We will not hesitate at all!” he warned.