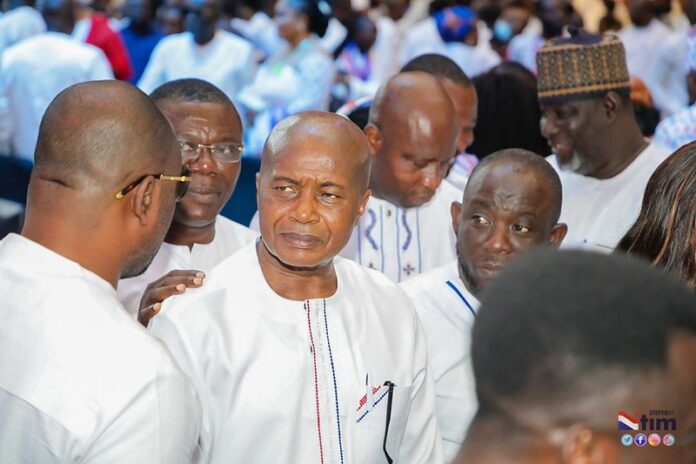 The National Chairman of the governing New Patriotic Party, Stephen Ntim has emphasized the need for the party to educate its teeming young members on its core values of sacrifice to seek political power.

According to him, the NPP whenever in power has governed and will continue to govern this country along the ideals and philosophy of its founding fathers, namelyJoseph Boakye Danquah, George Paa Grant, Obetsebi Lamptey, Edward Akufo-Addo, William Ofori-Atta, Solomon Odamtten, Kofi Abrefa Busia, S. D. Dombo, S. G. Antor, J. A. Braimah, Yakubu Tali (Tolon Na), R. E. G. Armattoe and many others, all of blessed memory.

Speaking at the 30th-anniversary celebration thanksgiving service in Accra on Sunday, July 31, 2022, Mr Stephen Ayensu Ntim expressed pride in the fact that the NPP tradition has produced two Presidents under the Fourth Republic.

“Our tradition has already produced two Presidents for the Fourth Republic, HE J. A. Kufour and HE Nana Addo Dankwa Akufo-Addo in addition to Prof K. A. Busia as our first Prime Minister. We must be proud of this record and the record of many Ministers and Heads of Government and State Institutions that we can boast of. It is my fervent prayer that our tradition will continue to nurture to give our country such great leaders in 2025 and beyond.

“Today’s celebration is not the 30-year journey we have already chalked as a party since 1992, but we pay homage and celebrate our heroes and heroines since the inception of our tradition. It is they, while the others slept, who toiled to bring us thus far. Their names are printed in our indelible memories and so long as there is Ghana, they will never be forgotten.”