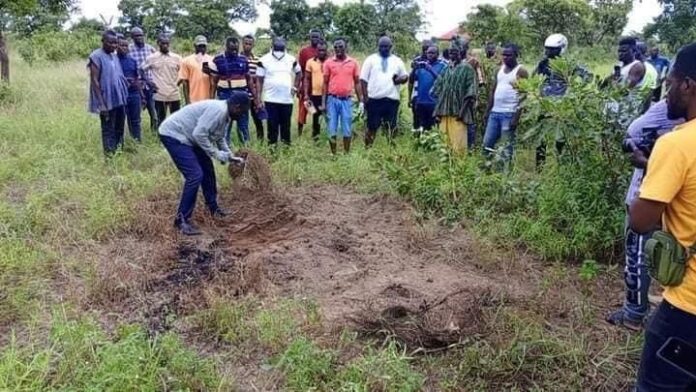 The special purpose police intelligence and investigation teams working with members of the Bamahu community in Wa in the Upper West Region have discovered a body in a shallow grave in the area.

The body discovered on Sunday, September 18, 2022, was later identified by family members of the deceased as Seidu Baga who was reported missing on 16th September 2022.

The body was subsequently exhumed and conveyed to the Regional Hospital, Wa for autopsy and investigation.

Police are providing clinical psychologists to offer psycho-social support to the family.

A statement issued by the Police said “We wish to assure residents of the Wa Municipality and its environs that the special intelligence and investigation teams will continue to work around the clock with assistance from the affected communities to bring the perpetrators to face justice.

“Operations and combat teams have also saturated the area to ensure safety and security at all.”