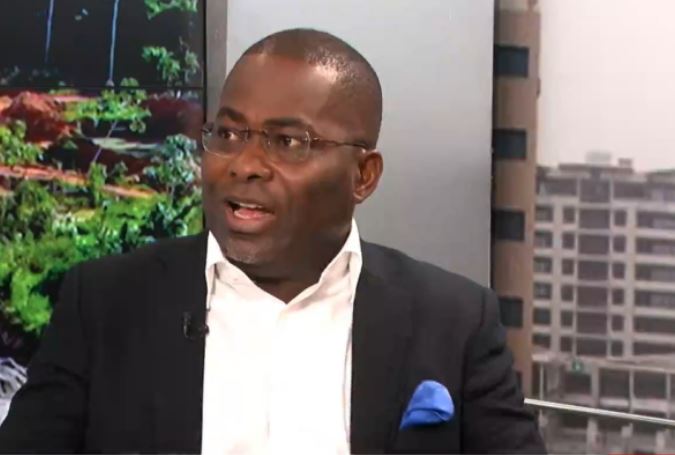 Former Secretary to the Inter-Ministerial Committee on Illegal Mining, Charles Bissue has alleged that ‘galamsey’ queen, Aisha Huang, was pardoned on three occasions under the NDC administration.

Mr. Bissue in an interview on The Pulse, Thursday, noted that, unlike the NDC, in the NPP administration, about four excavators belonging to Aisha Huang have been confiscated.

“So the time that the NDC were in power, I heard that Aisha Huang was arrested three times and she was left off the hook and at the time of the NPP, the team that I led arrested about three or four excavators around the Potsin and Amansie areas thereabouts and we confiscated them…The intelligence we got was that the excavators belonged to her [Aisha Huang],” he stated.

According to Mr. Bissue, in 2018 when the Chinese national was deported, he received intelligence that she had maneuvered her way into the country. He said he quickly alerted the security agencies but Aisha Huang absconded just when she was about to be arrested.

The Presidential Staffer was reacting to claims by the NDC during their press conference on Thursday that Aisha Huang is a financier of the NPP.

“If she’s not a financier of the NPP, I wonder how somebody who is supposed to have been deported, and the [former] Senior Minister… Osafo Maafo, say that she has been deported…”

“All of a sudden the President is playing dumb and saying that he doesn’t know that the woman has been deported, and I think is becoming one too many and becoming a worrying trend,” NDC Deputy General Secretary, Dr. Peter Boamah Otukonor told the media.

But Charles Bissue has fought off the NDC’s claim. He noted that his party would not have attempted to apprehend Aisha Huang if indeed she is a financier of the party.

“The time that we actually were told she was deported, I remember when Ken Brant and Tiwaa then the CID boss, they reported to her that she had come back through Togo and Tiwaa was swift in dealing with the matter. I think she was about to be caught then she run out again…she even left certain things, personal belongings.

“So when she came back if allegedly she was the financier of the NPP, first of all she would not have left the country…so they must come up with evidence to say that she has given money to certain persons,” he explained.

The Presidential Staffer stressed that the opposition party’s claim is “moot because the Attorney-General has come back to say that she is going to be prosecuted even for previous crimes.”

Meanwhile, Aisha Huang has been remanded into police custody for the next two weeks as the Accra Circuit Court turned down her request for bail.

Her lawyer, however, disagreed with the court for refusing her bail request.

“Let the law work. On the facts before you, I pray you admit each of them to bail. We know that if you admit them it doesn’t mean they are innocent”.

“If you grant bail today, it will mean the judiciary of Ghana is applying the laws. Don’t look at them as Chinese. If you refuse to grant them bail, they will say the A-G’s advice has been taken,” Mr. Dartey pleaded.