Work on the Agenda 111 hospital project for the Akatsi North District located at Ave-Dakpa, the District capital is expected to be completed in June 2022.

The 60-bed capacity project which began early this year is being undertaken by Global Management Construction Limited at a total cost of $16 million which includes the cost of equipment.

In an interview with the Presidential Advisor on Health, Dr. Nsiah Asare during a recent visit by President Akufo-Addo, he revealed that the Akatsi North project is one of eight (8) projects under the Agenda 111 District hospital policy being built in the Volta region.

He said eight (8) other Districts including Adaklu, Agotime-Ziope, Anloga, Ho West, South Dayi, Afadjato South Districts are all benefiting including the Akatsi South Municipality where a 100-bed capacity hospital project is underway. 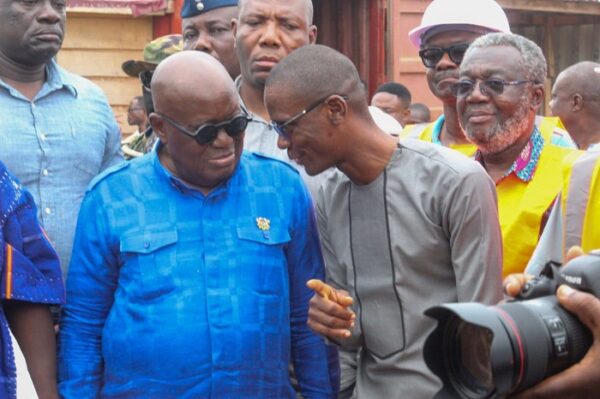 The District Chief Executive for the Akatsi North District, Peter Simon Ofosu told Starr News that he is impressed with the progress of work which according to the contractors is at 35% of completion.

He said he is very positive about the timely completion of the project and added that “the project will significantly deepen delivery of quality healthcare in the area and will boost access to healthcare services for all citizens and also ensure the attainment of the SDGs Goal 3.”

Mr. Ofosu further noted that the Assembly as a government representative will embark on regular monitoring to ensure the smooth progress of work and the use of standard quality materials.

Agenda 111: Ablekuma Central Dist. Hospital to be built at Agbogbloshie