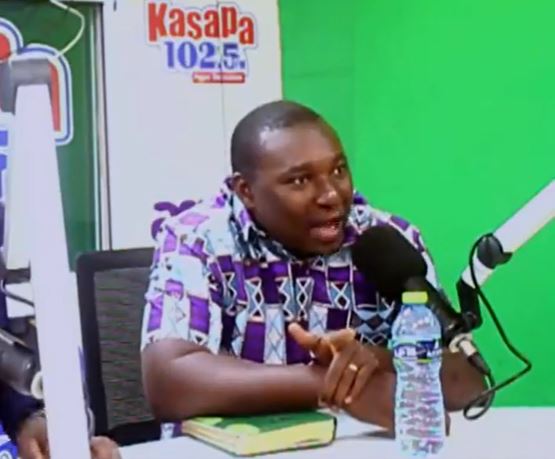 A member of the Communications Team of the New Patriotic Party(NPP) Solomon Owusu has asked the Director of Communications at the Presidency, Eugene Arhin not to be excited after President Akufo-Addo publicly backed his dream of becoming a Member of Parliament for Awutu Senya West.

President Nana Addo Dankwa Akufo-Addo over the weekend during his tour of the Central Region endorsed Eugene Arhin saying he is confident the Director of Communications at the Presidency “will do a very good job”.

“It is public knowledge that he has the intention of contesting on the ticket of the NPP in 2024. If he is successful in the NPP primaries, nananom, I am confident that he will do a very good job as a Member of Parliament for you. I appeal for all of you to support him if and when that time comes,” he stated.

Some political analysts have slammed the President for his comment describing his conduct as lawless.

Commenting on the issue on Kasapa 102.5FM/Agoo TV Wednesday, Solomon Owusu said the President’s public declaration of support for Mr Arhin will not inure to his benefit.