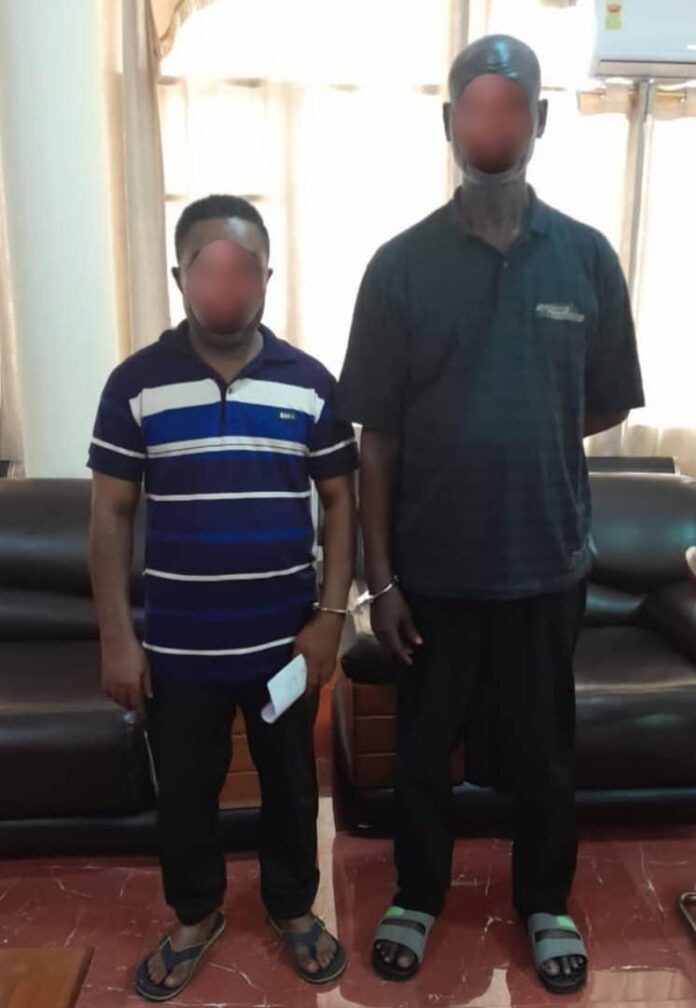 The two persons arrested for allegedly killing a 25-year-old student nurse at Mankessim in the Central Region have been remanded into police custody.

The suspects were arraigned before the District Court II in Cape Coast today, 22nd September, 2022 and are to reappear before the court on 4th October, 2022.

The Police, through a targeted special-intelligence investigation, on September 19, 2022, arrested two suspects in connection with the murder of Georgina Asor Botwe.

The two, Michael Darko alias Nana 1, a self-styled Pastor and Christopher Ekow Clarke Tufuhene of Aquakrom, a suburb of Mankesim were arrested at their various hideouts following Police investigation.

The suspects have confessed to murdering the victim for money rituals.

During Police interrogation, suspect Michael Darko, who is the alleged boyfriend of the senior sister of the deceased victim and was last seen with the her, led Police to the location where they had buried her after the murder.

The body has since been exhumed and deposited at the Cape Coast Teaching Hospital morgue for preservation and autopsy.