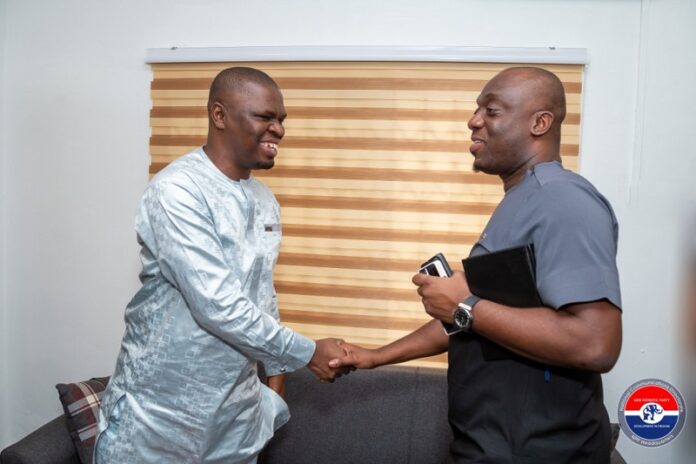 The Minister for Youth and Sports, Hon. Mustapha Ussif, on Thursday, September 22, 2022, paid a visit to the National Headquarters of the ruling New Patriotic Party (NPP).

The Honorable Minister had interactions with the National Officers and Staff of the Party on the policies, programmes and activities of his Ministry and steps being taken to better the lot of the Youth of the Party and Ghanaians at large. 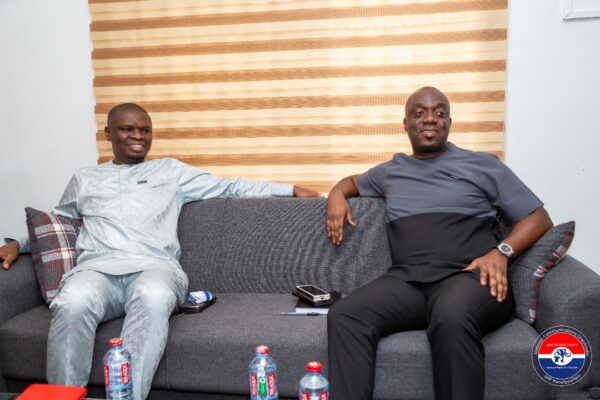 The visit, which was facilitated by the National Officers, forms part of their initiatives intended to bridge the gap between government appointees and Party officers in the Party’s quest to unite and mobilize its rank and file for a third consecutive electoral victory in 2024. 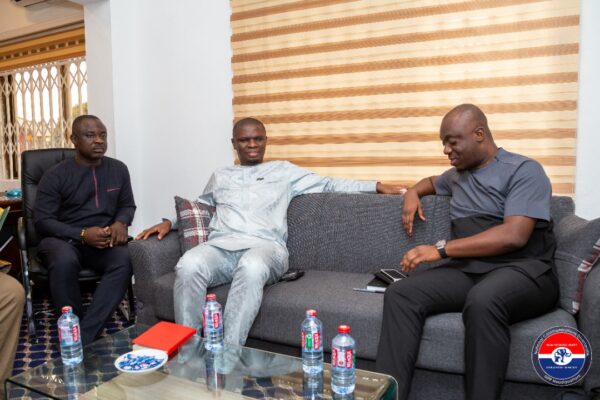 The General Secretary of the Party, Lawyer Justin Kodua Frimpong, who received the Minister, on behalf of National Executives of the Party, commended the Minister for making time to visit the Party Headquarters despite his busy schedule. He sought information from the Minister on some of the interventions being pursued by his Ministry to enhance the living standards of the Ghanaian Youth and Sports Development. 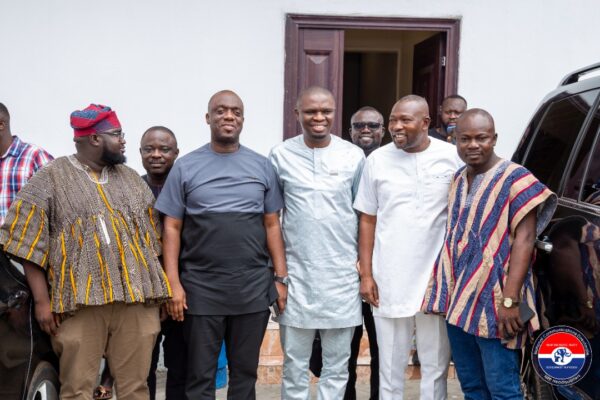 In his response, Hon. Mustapha Ussif, noted that nearly seventy-five percent (75%) of the country’s 31.8 million population falls within the youthful bracket, hence, the

government’s commitment *to implementing* several youth-centered interventions. He mentioned among other things interventions such as YouStart, Green Ghana, various modules of the Youth Employment Agency and COVET, as having led to the employment, training, capacity building and the provision of financial support to thousands of the country’s youth. 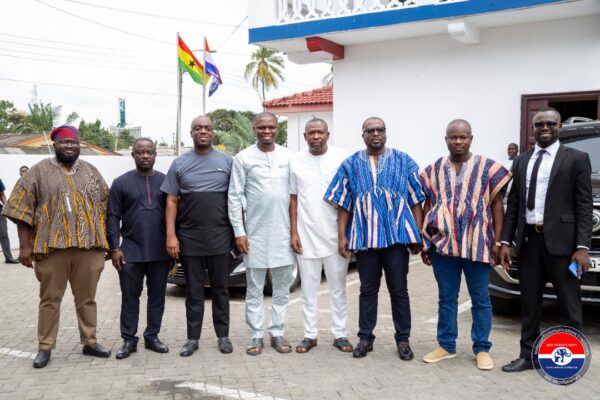 The Youth and Sports Minister urged the Party to liaise with the appropriate government officials and Agencies supervising these youth-centred interventions to complement the success of such interventions. He further encouraged the Party to emulate the youth structures of South Africa’s ruling African National Congress which, he said, has been crucial to the party’s long stay in power. 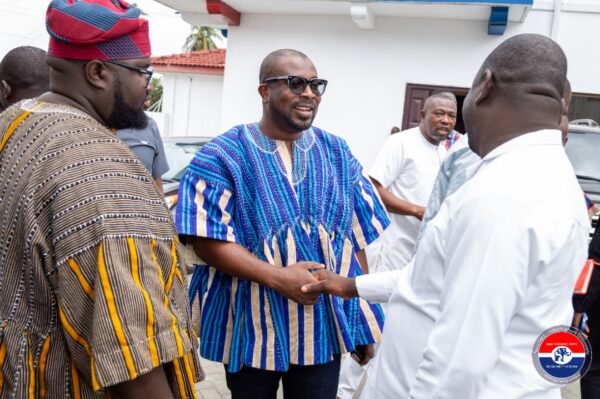 In his concluding remarks, the NPP General Secretary thanked Hon. Ussif for his time. He reiterated the point that this initiative of holding regular party-government meetings would be replicated across the country, particularly in the regional capitals, with the overall objective of providing a platform for government appointees particularly Ministers of State and CEOs to interact with party officers and grassroots at all levels. 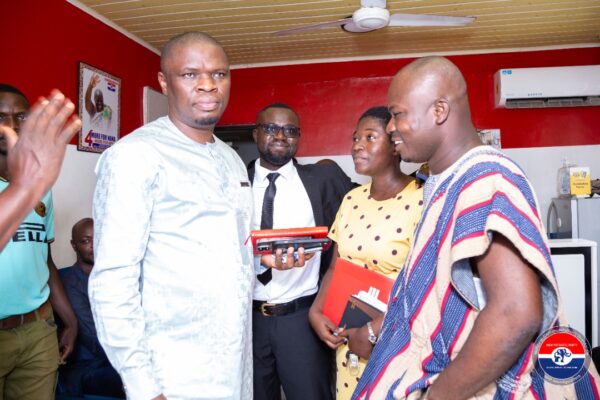 As part of this initiative, the previous weeks have witnessed a visit to the Party Headquarters by some Government Appointees including the CEO for Ghana Water Company Limited, Dr. Clifford Braimah and the Minister for Lands and Natural Resources, Hon. Samuel Abdulai Jinapor. Other Appointees are expected to have their turn in the coming weeks.