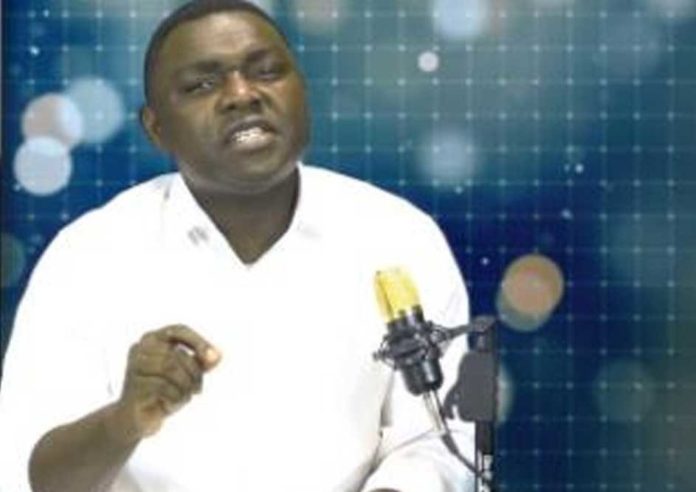 One of the greatest cons of the 21st century was the idea, invented whole cloth by the self acclaimed moralist and the mendacious Goebbelsian character, Kevin Taylor, that sons and daughters of head of states can’t do bussiness and even attempt to be successful at it.

I strongly resent and abhor this idea that Kevin Taylor is attempting to shove down the throat of the unsuspecting public. I’m pretty numb to this thought.

Obviously, the supporting examples are too numerous to mention, but a brief smattering shows that all around the globe and throughout history, the family of serving Presidents, Prime Ministers, Emperors and Dictators have engaged in one form of business enterprise or the other. From Theodore Roosevelt to Abraham Lincoln to the Clintons, the Bushs and Trumps, their children have all engaged in active businesses while their dads led the United States of America.

Over here in Africa, we can talk of the children of Nelson Mandela, Abdelaziz Bouteflika, Muammar Gaddafi, Obasanjo and many others.

As we can all see, it is not unusual for the children of head of states to go into private business.

However, in yet another useless attempt by Kevin Taylor to actually be relevant ever again, he went bonkers on Edwina Akufo-Addo, the daughter of the President. Kevin Taylor is out there with his usual tales and character assassinations directed at the Presidency simply because the President’s daughter dared to be industrious and enterprising with her business innovations.

Edwina is being maligned simply because she happens to be the daughter of the President. I really don’t see what’s wrong in the president’s daughter owning a business.

We are talking about a woman with several years of private sector experience. Yes, her business career did not begin today. It is therefore patently ridiculous to say she can’t do business simply because her father happens to be the president of the Republic.

What the Kevin Taylors of this world do not know is that Edwina Akufo-Addo is a very well educated lady with business interest in diverse fields. She’s qualified to manage a restaurant and any other business for that matter.

Why is it that all the time we expect foreign investors to come and invest in our economy but are quick to destroy our own? Is Edwina’s restaurant or business not going to create employment and tourist earnings?

There’s clearly a targeting of Edwina’s brand, and there’s clearly efforts to undermine that name based on her father’s position as president.

Kevin Taylor has over the years attempted to connect the President’s name to any suggested malfeasance and corruptible conduct, even when they do not exist,hoping that they will stick.

Let it be known to this cowardly slob and incorrigible arm chair critic that Edwina never benefited from state largesse in setting up her businesses. She is more than qualified to engage in any business enterprise. She has the presence of mind, the goodwill of the people and integrity, at least. Something Kevin has lost forever. He has been involved in the most amateurish and unsavoury of public advocacy practices.

It does seem that without such load of tosh this
dunderhead wouldn’t get the recognition that he so yeans for in the NDC fraternity.

Yes, he always want to be talked about even for the wrong reasons. He has successfully made himself a pawn in this political game and always available to go on his wanky and accursed program to discuss successful people out of jealousy and inadequacy.
What he’s actually doing is freewheeling to disaster.

In actual fact, Kevin Taylor seem to be competently out of touch with reality. It does make you wonder what else is he out of touch with. A typical bumbling clown personality distracted from his out of touchness. No wonder most folks are questioning his mental capacity.

In truth, I do think Kevin Taylor needs help, an intervention of some sort. There is something meek and needy about the decidedly murine Kevin Taylor. For a chap who resides in the states, he exudes an odd timidity and insecurity that, far from being endearing, is actually a bit disturbing. One gets the clear sense that he really is neither emotionally nor intellectually equipped to handle the world he has chosen to inhabit.

Yet, sympathy for him must be limited. He has thrown himself into his chosen trade. He has dissembled and lied with the worst of them, he has thrown catastrophic tantrums and lied about so many people. At the last count, he has about 5 defamation settlement hanging around his neck like an albatross.

It is trite that this undignified bottom feeder may have little impact in shaping public opinion with his mercenary antics, but there comes a time when we need to confront his theatrics and put him in his proper place.

His story could never attain the level of Shakespearian tragedy. But it really is all very sad and pathetic.

Views expressed by the author are solely his and do not represent the position of Kasapafmonline.com.