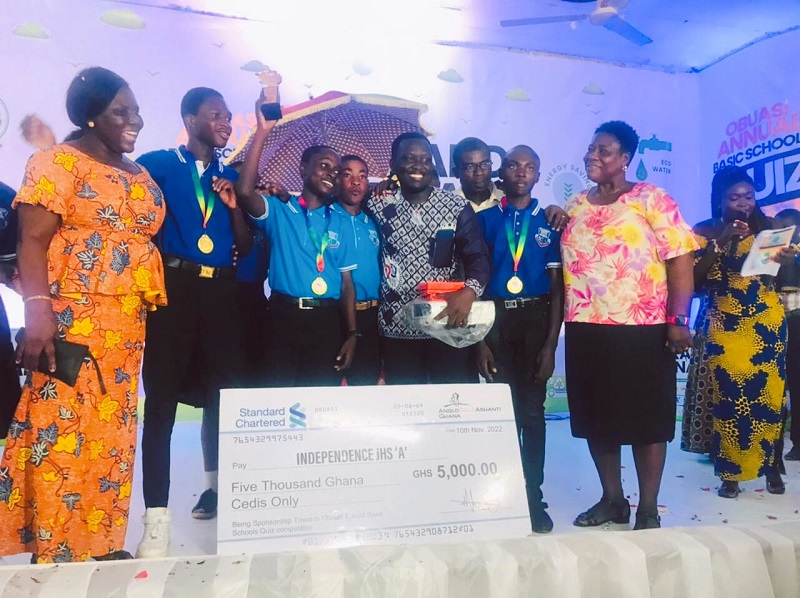 Independence JHS in the Obuasi East District was declared the winner of the AngloGold Ashanti-sponsored annual quiz competition held in Obuasi.

In an Obuasi East and Municipal encounter, Independence JHS amassed 67 points to clinch the diadem after beating off fierce competition from SDA JHS who had 49 points. 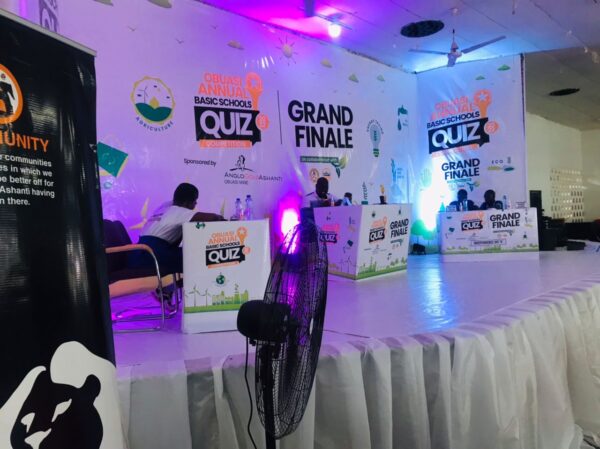 Unlike previous editions, this year’s quiz competition focused on the environment and its related issues. This, the Senior Manager Sustainability AngloGold Ashanti Emmanuel Baidoo said was strategically done to inculcate unto the students the need for attitudinal change towards the environment.

Consequently, he added, AngloGold Ashanti as part of the SEDP will collaborate with the Obuasi East and Municipal Assembly to establish the basic schools as Environmental Cleanliness Model schools to improve the knowledge, attitude, and practices of environmental cleanliness.

Mr. Baidoo stressed on the overarching objective of the SEDP on education.  He said “we are committed to increasing the pass rate in the Basic Education Certificate Examination in Obuasi. Hence we are supporting additional examination preparations for BECE candidates as well as supporting the capacity building for teachers”.

He added that AGA will support the construction of classrooms/school facilities in basic schools, distribution of literacy and numeracy teaching and learning materials and to facilitate the improvement in STEM education.

The Obuasi Municipal Director of Education, George Alfred Koomson eulogised AngloGold Ashanti for the plethora of intervention programmes it has rolled out to improve education in Obuasi.

He cited capacity-building workshops, infrastructural development and provision of teaching and learning materials by the mining company as critical areas they have invested over the years.

He said since its inception in 2017, the annual quiz competition has facilitated a healthy and viable avenue to harness the academic talent of the students which will usher them into a successful future.

Kwabena Owusu Nketia, the Obuasi East District Director of Education bemoaned the increasing rate of destruction of water bodies in the country. He said protection of the environment is a collective responsibility hence charged the general public to support AngloGold Ashanti in their quest to safeguard the environment.

A contestant from Independence JHS, David Yaw Boateng also added his voice to calls for a concerted effort in the fight against environmental pollution, especially illegal mining.

Nana Amonimaa Dede II Adansihemaa lauded Anglogold Ashanti for instituting the quiz competition. She said the performances exhibited by the contestants are indicative of the bright future that lies ahead of them.