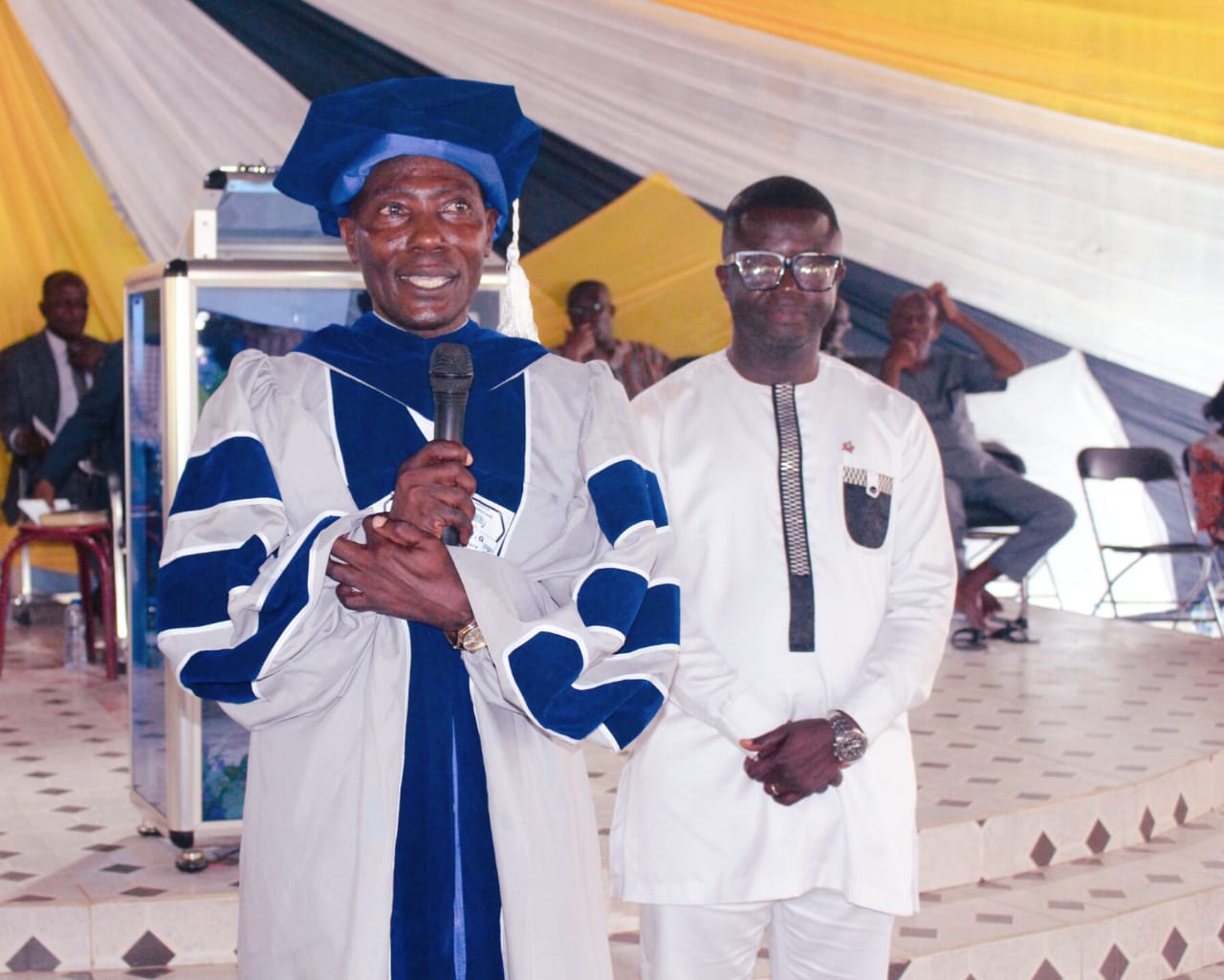 Honorable Maurice Jonas Woode, the  Chief Executive for the Akrofuom District Assembly has been awarded an Honorary Doctorate in Business Administration (Doctor Honoris Causa of Business Administration) by the Governing Council of the Institut Universitaire La Grace (ECOTES Benin) in recognition of his exemplary leadership since assuming office in 2018.

This adds to the plethora of high-profile awards that has been conferred on the DCE since he assumed office.

In the company of other distinguished personalities from Africa, the honour was conferred on him after a rigorous nomination and evaluation process which included making a presentation at an annual Leadership Convocation Conference & Workshop organized by the institute.

At a thanksgiving Church service to present the award to members of the Salvation Baptist Church and the people of Akrofuom, Honorable Woode said he was honored to be recognised by a University outside the country that had researched the impact his works have made on the people of Akrofuom. 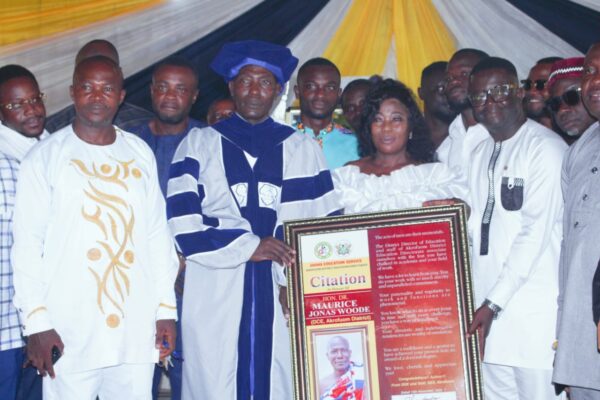 Not overwhelmed by the numerous awards and recognitions that have come his way, he said it is time for him to reflect on how he can do more for the people he serves.

He said” these recognitions throw a challenge to me not leave any stone unturned but double my efforts by working hard to improve the lives of the people in the district. I pledge to continue doing the good things we have been doing for our people”

ONE YEAR ANNIVERSARY OF HIS SECOND TERM

The occasion was used to mark the one-year anniversary of his second term in office. Speaking about what he has achieved within the first year of his reappointment, Hon Maurice Woode said the Assembly in the last year has chalked a lot of successes in all facets of the economy.

He said the Assembly has exceeded revenue target for the 2022 fiscal year. He mentioned that the revenue projection for the year was Gh650,000 but as at September, the Assembly was able to generate Gh730,000. This he added compelled them to review their revenue targets.

He mentioned projects like CHPS Compounds, building of school blocks, supervising the construction of the Assembly’s Administration block, an extension of electricity, upgrading of some roads, building of 40 lockable stores and 72 sheds, construction of a lorry terminal as part of the major achievements he has chalked since assuming office.

The Akrofuom DCE who spoke eloquently about the strides he has made so far in transforming the lives of the people also called for unity. He emphasized that it is only through unity that his ambition to build and empower the human resource base of the District can be materialized.

In a citation that followed the presentation of the Honorary Doctorate Degree to the Church, Honorable Maurice Jonas Woode was described by the National President of the Baptist Men’s fellowship as being a diligent, disciplined and hardworking personality whose work has attracted international recognition and the second term of office.

The District Education Directorate also praised Hon Woode for his sterling contributions towards the development of education in the District.

Nananom also highlighted the role the DCE has played in strengthening the chieftaincy institution at Akrofuom. They also extolled him for the impact he has made in bringing development to the area since he assumed office.

The thanksgiving service also coincided with the birthday of the DCE.

The Clergy, Nananom, Party supporters as well as family members of the DCE were all present at the Church service.

The main campus of the university is located in Cotonou. “La Grace University” Advanced Technicians School of Benin provides quality education that is appreciated throughout the whole country. Despite being one of the youngest universities in Benin, the University is ranked high in international ratings.