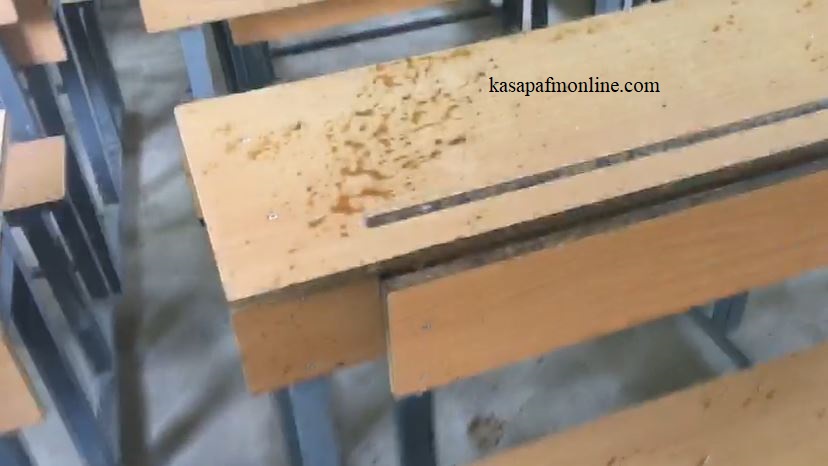 Twifo Hemang Methodist JHS Basic School in the Twifo Hemang Lower Denkyira District of the Central Region has been shut down by the school authorities following frequent defecations in the classrooms.

In the recent incident, some unscrupulous persons splashed human excreta on tables, floors, and blackboards from JHS 1 to JHS 3 including the Headmaster’s office.

Speaking in an interview with Kasapa News, Yaw Boagyan the students disclosed the situation is badly affecting teaching and learning as they are in a revision week and are about to write their end-of-term exams.

They claim this is the 6th time they are encountering such an unfortunate incident as the unidentified persons started defecating in the classrooms from the Primary blocks and have now extended it to the Junior High School block.

They called on the authorities to provide the school with security to ward off unscrupulous persons.

The Headteacher of the Schoo, Mr. George Kurentsir said the JHS students have been relocated as a temporal measure.

He believed the faceless people behind today’s defecation did it in a bucket and splashed it in the classrooms through the top of the roofs and holes in the windows because the doors were tightly locked.

Mr. George Kurentsir said the school is sitting in the heart of the community and is furnished with street lights so he wonders how the people got the courage to commit such a shameful act.