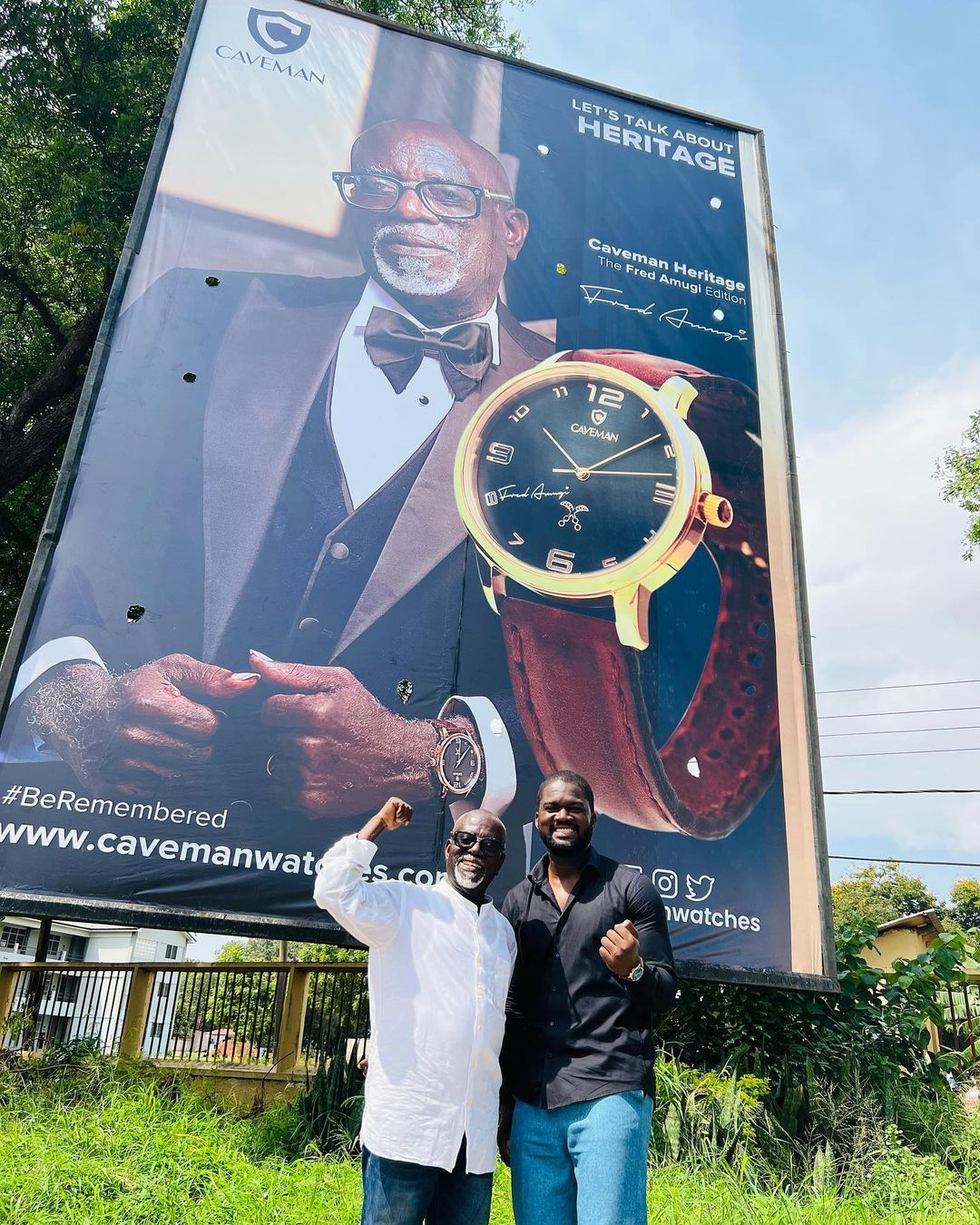 Legendary Ghanaian actor, Fred Amugi 74th birthday wish to be on a giant billboard before his death has finally been granted.

The veteran actor had this as his most special when he recently celebrated his 74 birthday on November 5, 2022.

Uncle Fred Amugi made the revelation of getting brand-ambassadorial deals and being on billboards in an interview.

He mentioned that he did not want to die before he would be honored in this manner, rather, he wanted to be alive and see before his maker calls him someday.

“Well, one wish I would love to have for my 74th birthday is to see myself on billboards as a brand ambassador. I wouldn’t want to die before I’m mounted on billboards when I wouldn’t see what corporate Ghana did for me. So, corporate Ghana, here I am, I’m prepared to be a brand ambassador for your products. Use me while I’m alive, not when I’m dead and gone,” he said

The C.E.O of the Ghanaian-owned watch brand Anthony, met with Fred Amugi after the interview went viral and they seem to be working on “deals” together.

Anthony shared a photo from their meeting in his office on his Instagram with the caption;

Well, it seems this gesture from Anthony of making the dreams of our celebrated actor, Fred Amugi come true.

The deal is finally done and the first billboard is up. The award-winning CEO and other members of his team unveiled the board to Fred Amugi on Thursday, November 24, 2022.

The actor soon after he sighted the billboard, was dumbfounded and could not believe his eyes.

He was almost moved to tears when he finally saw the first billboard erected with his image boldly imprinted on it.

Agya Koo has no regard for time – Fred Amugi