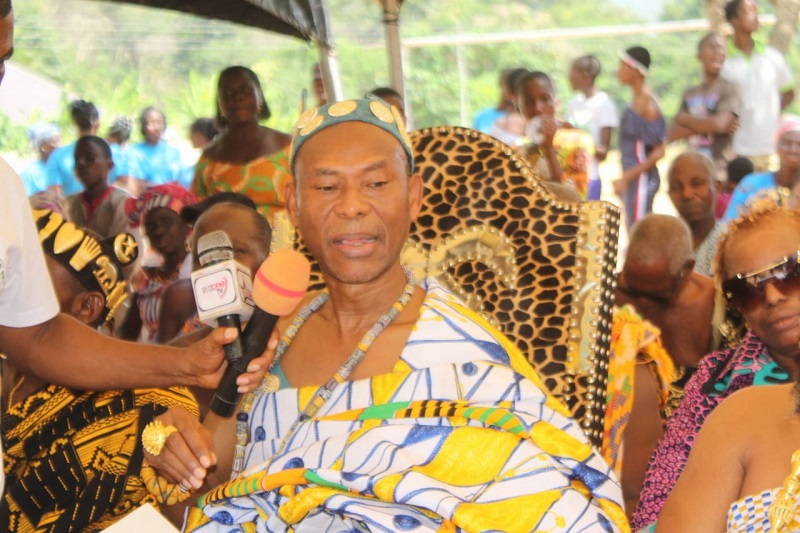 The Paramount Chief of the Awate Traditional Area, Togbe Azavuvu IV is urging Ghanaian youth to embrace farming as a sustainable source of livelihood.

Speaking at an event organized by the North Dayi District Assembly to mark this year’s 38th National Farmer’s Day, the traditional ruler called on Ghanaian youth to abandon the search for non-existent jobs in the cities and return home to engage in agriculture.

He said, “It is sad, that many at times, you hear people say, Oh I’m a poor farmer or there is no work for us the youth.”

“But I can assure you, there is a lot of dignity and wealth in farming,” Togbe stressed.

Togbe Azavuvu in his address also underscored the importance of agriculture to the survival of mankind and national development.

He, however, called on the government to continue to prioritize agriculture in the realization of the country’s economic objectives.

He also, suggested that the Ministry of Food and Agriculture in collaboration with the North Dayi District Assembly considers the establishment of a cold storage facility to serve fisher folks in the District to mitigate their losses.

A 35-year-old livestock farmer, Ivy Todzo has been adjudged the Overall District Farmer for North Dayi.

Ivy Todzo, who is a teacher and a fashion designer, began her livestock rearing some three years ago but currently has 639 pigs, 12 sheep and 71 goats. 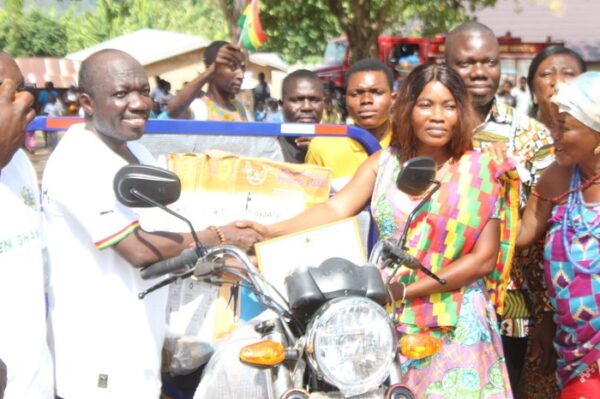 Aside from that, she has 6 acres of plantain farm, 10 acres of coconut plantation, 18 acres of cassava, and 14.5 acres of maize.

She went home with a tricycle, Wellington boot, knapsack sprayer, machete (4) and a certificate.

District Chief Executive for the area, Edmond Kudjo Attah in an interview said the Assembly is focused on supporting young people who dare venture into agriculture.

He believes the North Dayi District has good prospects in agriculture and urged that the youth take advantage of government’s initiatives into the sector to secure for themselves sustainable livelihoods.