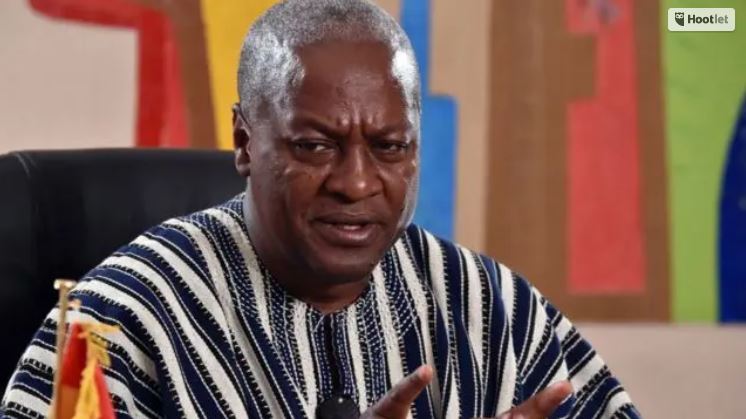 The party has laws and the laws are supreme. These are Riffraffs in the party who just want money from former President Mahama. But Mahama will be contested by Dr. Kwabena Duffuor, take it or leave it. Ghanaians remember Mr. John Mahama as a fawn of fate and fortune. Many remember him as the MP, Deputy Minister, Minister, and Vice President who was plucked out of obscurity from where he came to the national limelight as the Vice President of Ghana to become President of Ghana

Many remember him as the man of destiny whom fate fashioned as President and foisted on an anxious country as his mild-mannered boss was pushed to his grave with insults and abuses by a paranoid cabal who are now his closest aides. Many remember him as the lily-livered Ghanaian President under whose watch the venue of vultures descended on the national vaults and fed voraciously without being vanquished.

Many remember him as the gracious loser who quickly conceded to a historic defeat and kept the country off the perilous path of disintegration even if many others felt that the veiled threat that violence would have trailed his rejection of the election results would have quickly vanished under the mechanics of Ghana’s democracy.

Many remember him as the wasp Ghanaians sold in 2016 only to buy a scorpion. He has now been gone 6 years from the corridors of power. That many Ghanaians look back at his time in government with unaccountable feelings of nostalgia telling the story not necessarily of affection but of alarm at how things have unraveled since then. Between Mr. Mahama and many Ghanaians, the saying “be careful what you wish for” certainly rings true as having been able to compare and contrast the situation of the country when he was in power and today that power has changed hands, many are no longer in any doubt as to which snake was the less venomous one.

It would take beyond December 2024 and a bit of hindsight to truly distill whether the current government reached divine highs while in power or was stuck in devastating lows.

However, Ghanaians feel the prick. Wherever they turn, the prick is as piercing as it is painful. The path to the general elections of 2024 has never known more urgency.
With the battle for Flagstaff House set to go down to the wire, political gladiators are already throwing their hats into the ring and whipping their supporters into a frenzy; and expectedly, in Ghana’s market of mendacity, many of those gladiators have already been told by the sly skulk of foxes they mistake for supporters that the cap fits them and no one else; and that they alone wield the magic wand that can wave away the wasps stinging Ghana.

Some have sought to sing the same songs. Rumors have swelled and swirled that John is considering coming for the 4th time so that he can have another shot. He must stay put where he is and continue his peace-saving- and- serving missions in Ghana and elsewhere in Africa. Politics in Ghana is full of smears and scandals; of guile and gullibility. If Mr. Mahama showed a lot of gullibility while he was in office leaving many feeling he was too weak to be the man in charge, now, out of power, it is well time for him to show another hand – one grounded in some guile, a steel hand in silk glove – for it is an ancient wisdom that those who are once-beaten are twice shy.

But my advice to him is that he should know that times have changed and therefore advise his followers, because in Scrabble if you scratch Comfort we will Scratch Dis- Comfort. Those who pushed late Mills to his early grave are close to him pushing him for 2024 again. If you support Dr Kwabena Duffuor then you are anti-Mahama. Cheap politics. Dr Kwabena Duffuor is in the Race. Yes, an accomplished Ghanaian whose achievements are visible for all to see. As for acclamation out out out. I shall be back.

Opinions expressed in this publication are those of the writer. They do not purport to reflect the opinions of Kasapafmonline.com