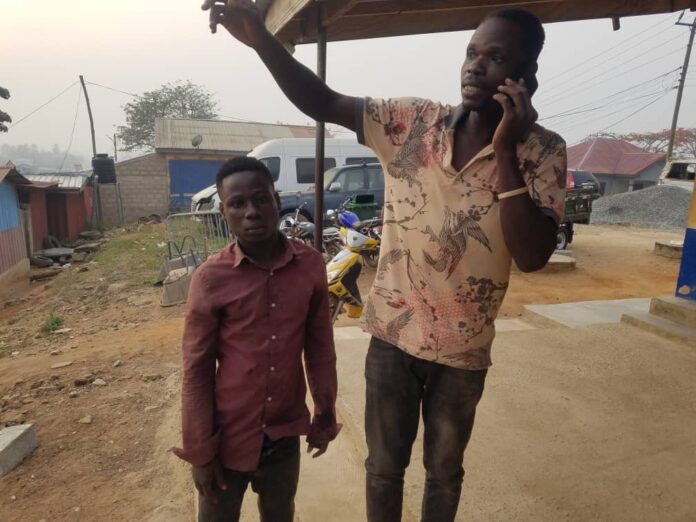 A man dressed in Police uniform armed with AK-47 riffle accompanied by two plain cloth men have allegedly stolen a tanker vehicle fully loaded with fuel in the Eastern region.

The tanker with registration number GT-8109- 19 loaded with 54,000 liters of petrol from Accra towards Kumasi direction was stopped by the said police officer at about 9:00pm Thursday January 12, 2023 at Okanta stretch of the Accra to Kumasi Highways.

However, according to the driver, Isaac Abban because he was descending he could not stop abruptly but was chased by the Police officer and his accomplices with a taxi.

The driver says the police officer got out of the taxi and in rambo style pointed the gun at him to get down.

He and the mate were arrested and forced into the taxi and drove to a house on the road instead of Amasaman police station as suggested by the Police officer.

The driver alleged their mobile phones were seized whilst in unlawful custody.

The police officer however left the two plain cloth men behind the tanker vehicle under the guise of protecting it.

The victims were released by the alleged Police officer from their custody Friday morning around 5:30am however the tanker Vehicle is no where to be found.

The police officer has also absconded.

The driver suspects the tanker has been stolen by the gang and has since made report to Teacher Mante Police who have commenced investigation.

A witness Kwadwo Minta said the Ayensuano District Police Commander was at the scene to facilitate investigation.