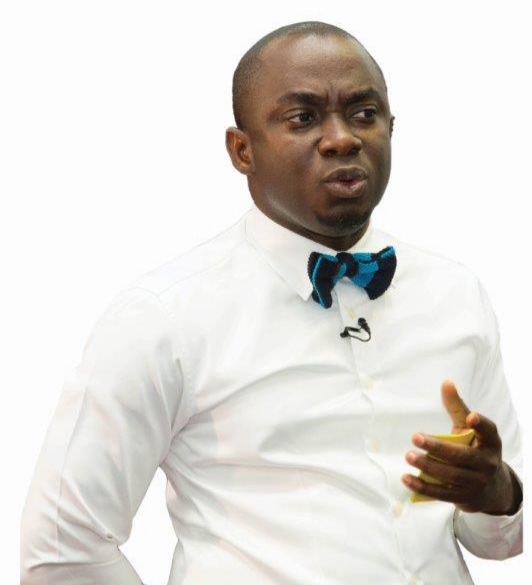 A Justice of the Court of Appeal, Justice Mrs Afia Serwah Asare-Botwe has issued a stern warning to the founder of the defunct Beige Bank to “timeously” settle the matter with the state “if you know, you will activate Section 35 of the Courts Act.”

Justice Asare-Botwe, one of the 15 persons who were recently elevated to the second highest court of the land (Court of Appeal) said, the accused should not delay settlement if he knows he would.

According to her, a delay in settlement under Section 35, would come with its own consequences, saying, “if you wait and I writes my judgement before you come, I will read my judgement.”

While making reference to the recent example in the Capital Bank trial, where William Ato Essien, and the state filed terms of settlement day before judgement under Section 35, Justice Asare-Botwe said, she won’t entertain that delay.

Counsel in his response said they have not taken any decision yet on that.

Justice Asare-Botwe while urging them to do so if they would said, “don’t wait until judgement. There are some people who want to wait before judgement, I won’t entertain that.

“If you want to do something do it quickly. If you think you want to come under Section 35, do it timeously. But if you delay, it comes with its own consequences. If you wait after I have written my judgement, I will read it,” Justice Asare-Botwe said while pointing to the recent examples of the Capital Bank case involving William Ato Essien, which was presided over by Justice Eric Kyei Baffour.

Following the conclusion of CMC, Justice Asare-Botwe who is waiting for further directives from the Chief Justice whether to handle the case even though the place of the accused had been taken, together with the parties, settled on Friday, February 3, 2023 to begin trial.

State Prosecutors led by Mrs Evelyn Keelson had earlier told the court that they would call seven Witnesses, the last one by court subpoena.

The first of the witness per the case management completion plan agreed on is expected to face at least 12 hours of Cross-Examination from the defense lawyers.

EIB Network’s Legal Affairs Correspondent, Murtala Inusah, reports that the court will sit on the matter twice a week – Mondays and Fridays, beginning from February 3.

The founder and former Chief Executive Officer (CEO) of the Beige Bank Limited, Michael Nyinaku, has been charged for over GFHc1.2 billion theft.

Mr Nyinaku, whose initial GHc200 million bail conditions was later varied has pleaded not guilty to charges of stealing, fraudulent breach of trust and money laundering.

The accused has been granted bail in the sum of GHc200M with three sureties,  two of the whom should be justified with landed property equivalent to the bail bond and the assets should be valued by the Architectural and Engineering Services Limited (AESL) or Land Valuation Division of the Lands Commission.

Nyinaku, the accused person, is to deposit his passport with the Court’s registry as well as report every Monday and Friday at 0900 hours to the investigator in the case.

Per the brief facts of the case narrated by Alfred Tuah-Yeboah, Deputy Attorney General, Mr Nyinaku was the former Chief Executive Officer of the Beige Bank and that on August 1, 2018, the Bank of Ghana (BoG) revoked the banking license of Beige Bank and placed it in receivership.

He said a review of the financial and other records of the Bank conducted by the receiver and his team showed several suspicious and unusual transactions, which were subsequently reported to the law enforcement agencies for investigations.

The AG said investigations conducted revealed that between 2015 and 2018, the accused person as CEO of the Bank had allegedly used various means to transfer huge sums of monies to companies related to him and for his personal benefits.

He alleged that the funds transferred were depositors’ funds lodged with the Beige Bank and that between 2017 and 2018, Nyinaku had caused the transfer of GHC10,071.00 fixed deposit account held with Beige Bank in which various customers placed a total of GHC448,636,210.21 to Beige Capital Asset Management Limited, (BCAM), without the knowledge and consent of the customers.

(1) Where a person is charged with an offence before the High Court or a Regional Tribunal, the commission of which has caused economic loss, harm or damage to the State or any State agency, the accused may inform the prosecutor whether the accused admits the offence and is willing to offer compensation or make restitution and reparation for the loss, harm or damage caused.

(2) Where an accused makes an offer of compensation or restitution and reparation, the prosecutor shall consider if the offer is acceptable to the prosecution.

(3) If the offer is not acceptable to the prosecution the case before the Court shall proceed.

(4) If the offer is acceptable to the prosecution, the prosecutor shall in the presence of the accused, inform the Court which shall consider if the offer of compensation or restitution and reparation is satisfactory.

(5) Where the Court considers the offer to be satisfactory, the Court shall accept a plea of guilty from the accused and convict the accused on his own plea, and in lieu of passing sentence on the accused, make an order for the accused to pay compensation or make restitution and reparation.