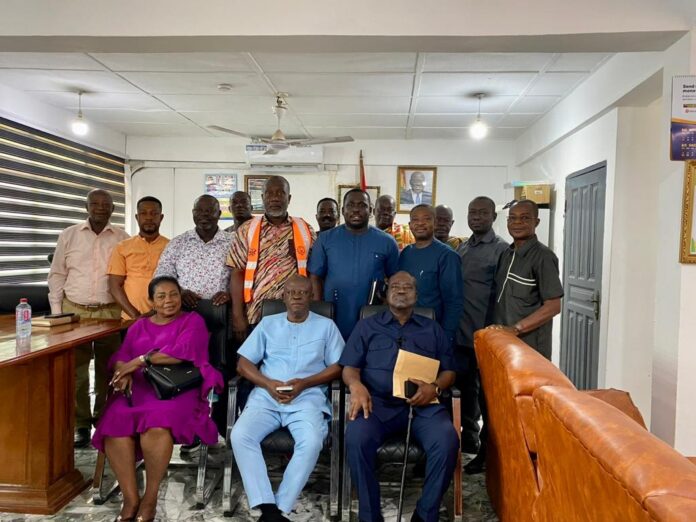 The leadership of Akoase Development Association together with some selected Chiefs from Akoase today, January 24, 2023, paid a courtesy call on the District Chief Executive and the Member of Parliament at the Birim North District Assembly to discuss the overall developmental needs of Akoase.

The delegation which was led by the Chairman and the Secretary of the Association, Mr. Maxwell Gyamfi Nyantakyi and Hon. George Krobea Asante were received by Hon. Raymond Nana Damptey, DCE, Hon. John Osei Frimpong, MP, the District Coordinating Director, the District Works Engineer and a host of other Assembly’s staff. 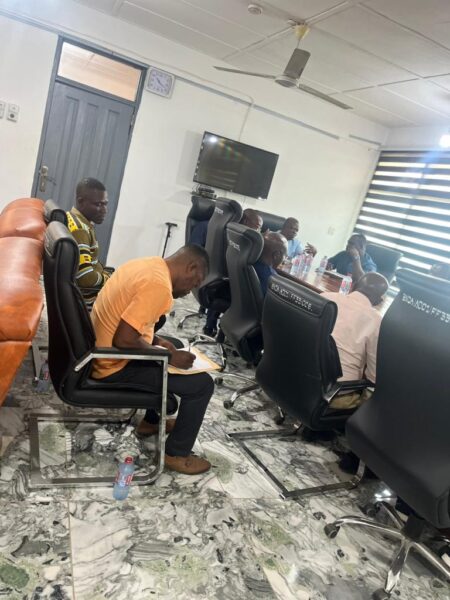 The discussions mainly focused on some important projects such as the construction of two nurses quarters, classroom blocks for R/C, Presby and Experimental schools, which are earmarked for Akoase in the Assembly’s 2023 Action Plan. The meeting also discussed the Akoase Mining Project, Akoase town roads, provision of hydrants and other important projects which need urgent consideration by the Assembly.

The Hon. DCE and the Hon MP, commended the initiative by the leadership of the Association for such a thoughtful visit which is aimed at promoting the development of Akoase. They pledged their full support of ensuring all the challenges mentioned will be treated with the urgency it deserves to help foster the harmonious relationship between the Assembly and the community. 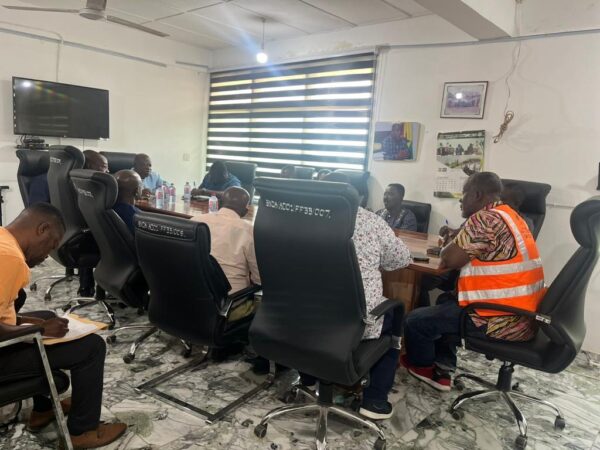