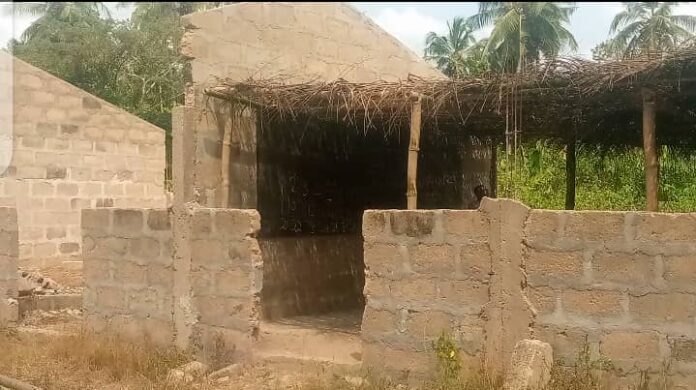 Residents of Kososan- Dwenwoho in the Ajumako Enyan Essiam District of the Central Region have shouldered the responsibility of building their own School since government has neglected them.

The Community with over 1000 population are having only two classroom blocks built by the government in 2008.

According to them, they have moulded three mud temporary structure for the school and have combined other classes.

The residents are building their own Junior High School block themselves.

They complained that their Children always walk long distances to other Communities for their Junior High School education, a situation which is very worrying. 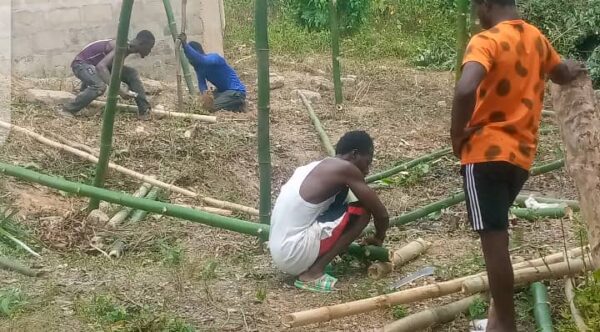 Speaking in an interview with Kasapa News Yaw Boagyan, the Chief of Dwenwoho, Nana Obbeng Mensa said apart from the community lacking good school building, it is not also having electricity.

He accused government of neglecting them even though they vote during elections.

He said, the government during the 2016 election brought electricity poles and cables to fixed their Electricity problem but that project was abandoned after the election.

The Chief served notice he will not allow his peoples to vote in the 2024 upcoming if their schools and electricity problem are not fixed.

The Headteacher of the Kososan-Dwenwoho Mr. Stephen Amoakoh used the opportunity to appeal to the government, non governmental Organizations, and Philanthropists to support the school with Teachers tables and Chairs, Cardboard to stock books, School Jurseys, Teaching and Learning Materials for the Kindergarten Pupils. 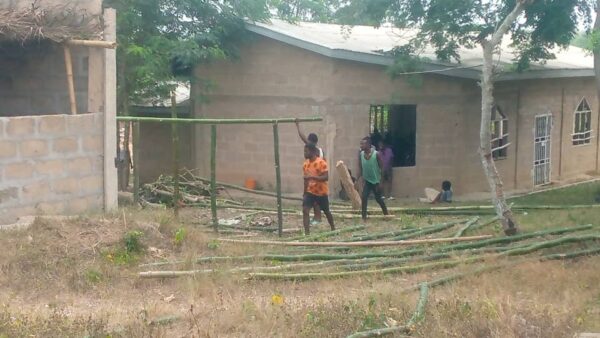 According to him, the School needs support to enable good Teaching and learning.

The Education Director for Ajumako Enyan Essiam District Mrs. Sabina Aba Wilson also in a meeting with the Chiefs and Residents of Kososan-Dwenwoho community congratulated the Residents for such initiative. 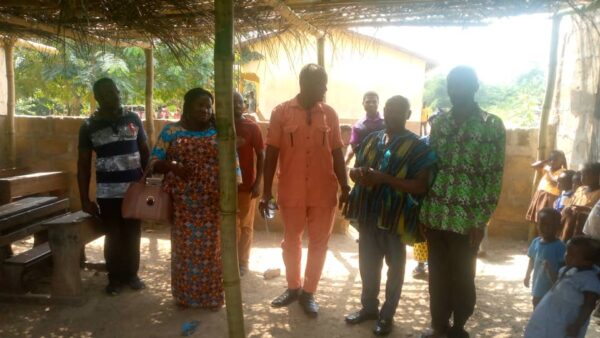 She commended the residents for not depending on the government alone for their community project and have decided to build on their own.

She promised to offer them support and provide them with teachers.

She applauded the hardworking headmaster and the teachers for their good work. 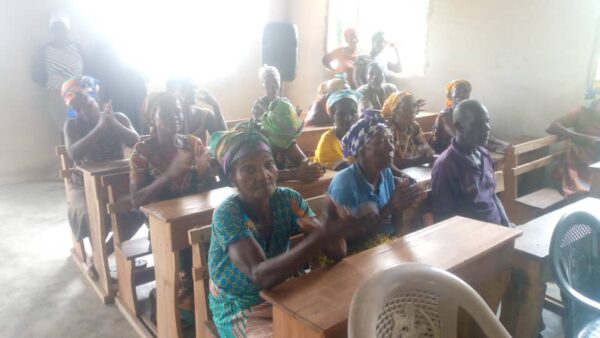 The Education Director who was happy to meet the community members advised them to invest in their wards education.