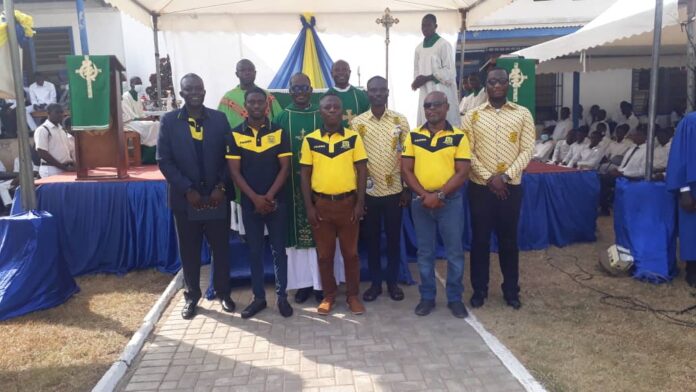 National President of the Pope John Old Boys Association- POJOBA, Mr Isaac Aboagye Duah has admonished members of the association to support their own.

According to Mr Aboagye Duah, it is necessary for the various year groups to look towards helping themselves as well as work together to help their Alma Mata.

He made this call at the sideline of an election held at Pope John Senior High and Minor Seminary, Koforidua.

The election, which took place on January 21, 2023 had delegates from over thirty year groups and regional chapters go to the polls to determine the next set of leaders for the ensuing years.

The elections were held after an annual general meeting on the founders’ day of the school.