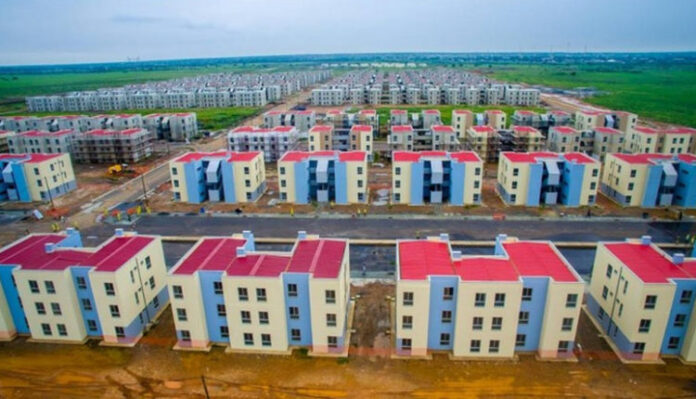 Hearing of the case in which Alhaji Collins Dauda, a former Minister of Water Resources, Works and Housing, and four others involved in the $200 million Saglemi Housing Project scandal has been adjourned to October 28, 2022.

This was because the state Prosecutors were unable to file their outstanding documents to ensure that the trial progresses.

In court on Tuesday, July 26, 2022, Winifred Sarpong, a Principal State Attorney prayed for time to enable them to file their “outstanding documents.”

“We are unable to go on with the business of the day because we have not been able to file our outstanding documents which include some witness statements.,” the Principal State Attorney told the court.

According to EIB Network’s Court Correspondent Murtala Inusah, the defence lawyers in the matter did not oppose the request.

The sitting judge, Her Ladyship Justice Elfreda Dankyi after listening to the parties adjourned the case to October 28.

The office of the Attorney-General is expected to amend the charges that would see the court retake the pleas of the accused persons who had all pleaded not guilty to the 52 charges including willfully causing financial loss to the state.

The court, presided over by Justice Elfreda Dankyi at the last sitting on June 22, adjourned the case to today, July 26, 2022, to make room for the amendment.

But in Court on Wednesday, the prosecution asked for time to ensure they file their “outstanding documents.”

Alhaji Collins Dauda, together with Kweku Agyeman Mensah, also a former minister, Alhaji Ziblim Yakubu, Chief Director of the ministry, Andrew Clocanas Executive chairman of Constructura OAS Ghana Limited, and Nouvi Tetteh Angelo have been charged for causing financial loss to the state and have pleaded not guilty all 52 charges.

While Alhaji Collins Dauda was admitted to a self-recognizance bail, Kweku Agyeman Mensah, and Alhaji Ziblim Yakubu, were granted bail in the sums of $65 million each.

In addition, they are to produce three sureties one of whom should be a public officer.

Andrew Clocanaswho is the fourth accused person was also admitted to bail in the sum of $179M with three sureties one of whom should be a public servant.

Nouvi Tetteh Angelo, the fifth accused person was admitted to bail in the sum of $13M dollars with three sureties.

Two former Ministers of Works and Housing Alhaji Collins Dauda, Kweku Agyeman Mensah and three others have been arraigned in court over the Saglemi Affordable Housing infractions.

The five were on charged August 5, 2021 for 52 counts charges including causing financial loss to the state.

They are facing charges of Intentionally misapplying public property, causing financial loss to the state, and issuing of false certificates in the Saglemi Affordable Housing project which involved the sum of $200M.