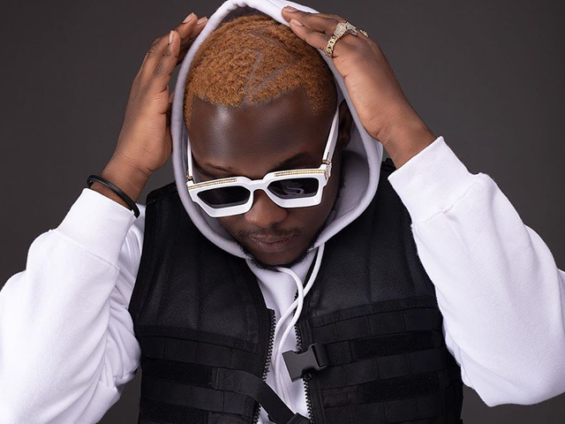 Award-winning rapper, Medikal, has been banned on Twitter for impersonating the President, after Elon Musk’s announcement of Twitters’ new rules.

The ‘Stubborn Academy’ rapper jumped on Nana Addo’s ‘sika mp3 dede’ viral comment to drop a rap freestyle. After releasing the song, Medikal who brags about being a rich artiste, took to Twitter to make noise about the song.

Unfortunately, that has landed him trouble as his verified Twitter account has been suspended on the blue bird app.

Medikal has been suspended from using the social media platform because he impersonated Ghana’s sitting president, H.E William Addo Dankwa Akufo-Addo, whom Yvonne Nelson has described as the ‘hardened-hearted Pharoah’ of today.

The suspension comes a few days after Elon Musk, the new owner of Twitter, warned users of the ‘freed’ yet seemed caged bird app to desist from impersonating notable personalities on his platform.

“Going forward, any Twitter handles engaging in impersonation without clearly specifying “parody” will be permanently suspended. Previously, we issued a warning before suspension, but now that we are rolling out widespread verification, there will be no warning.

This will be clearly identified as a condition for signing up to Twitter Blue. Any name change at all will cause temporary loss of verified checkmark,” Elon Musk tweeted.

In a bid to draw attention to his ‘Sika Mp3 Dede’ track, Medikal changed his Twitter profile AVI to a photo of H.E Nana Addo. he also changed his username to “Mr President”.