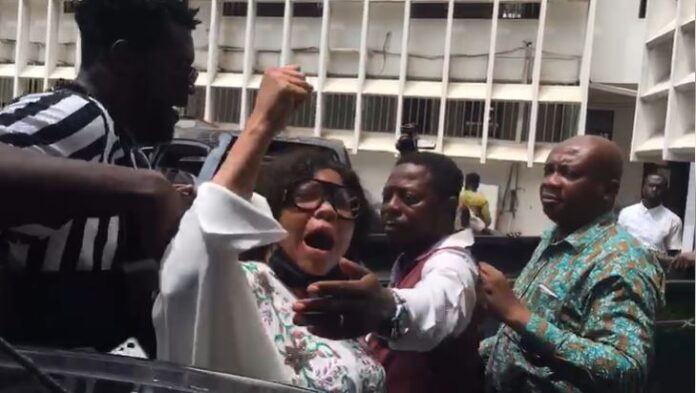 Police Prosecutors handing the case in which the founder of the Heaven Way Champion Ministries International Church, Patricia Asiedua, popularly known as Nana Agradaa is facing charges have asked for more time to file disclosure documents.

Nana Agradaa has pleaded not guilty to one count of charlatanic advertisement and five counts of defrauding by falses pretense.

She has since been granted bail by the court presided over by Her Honour Mrs Evelyn Asamoah.

The self-styled evangelist has also been put before two other courts – Circuit Court 9 and Circuit Court 4 for similar charges and have all admitted her to bail.

In court on Thursday, December 15, when the case was called, DSP Sylvester Asare prayed the court for an adjournment to enable them file their disclosure documents and have same served on the defence lawyers.

Upon consultation with the parties the court presided over by Her Honour Evelyn Asamoah, adjourned the case to next year, January 25, 2023.

Nana Agradaa was present when the case was called.

Agradaa’s lawyer appears in court for assault on Police

Owusu Bempah, six others discharged over death threats on Agradaa

Agradaa back in court to day as she seeks bail