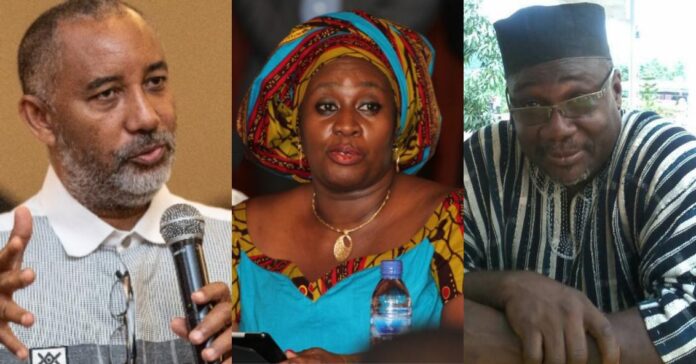 The High Court in Accra has ordered Alex Mould, the former Chief Executive Officer (CEO) of the Ghana National Petroleum Corporation (GNPC) and Gavivina Tamakloe to pay GHc5 million to the state after failing to produce Sedinam Ationu Tamakloe.

The two sureties executed the bail bond for the “absconded” former Chief Executive Officer of MASLOC Sedinam Attionu Tamakloe to ensure she appear in court to stand trial.

But has been absent for the past 16 months.

In court on Tuesday, January 24, when the case was called, Justice Afia Serwaah Asare-Botwe said, the court cannot wait any longer.

Correspondence from his lawyers to the court suggests that the accused who was granted request for medical evaluation on her spinal cord is requesting again for at least nine more months to undergo eye surgery.

But the court observed her to be “somebody who has opted to stay for medical tourism.”

Justice Asare-Botwe, now a Justice of the Court of Appeal said “an entire 16 months delay is more than enough time given and I do not think that anybody who is fair will complain about 16 months delay.”

To this, the court said “the bail bond executed by the two sureties be forfeited to the Republic.”

According to EIB Network Legal Affairs Correspondent, Murtala Inusah, the court will consider the trial in absentia in two weeks (February 7).