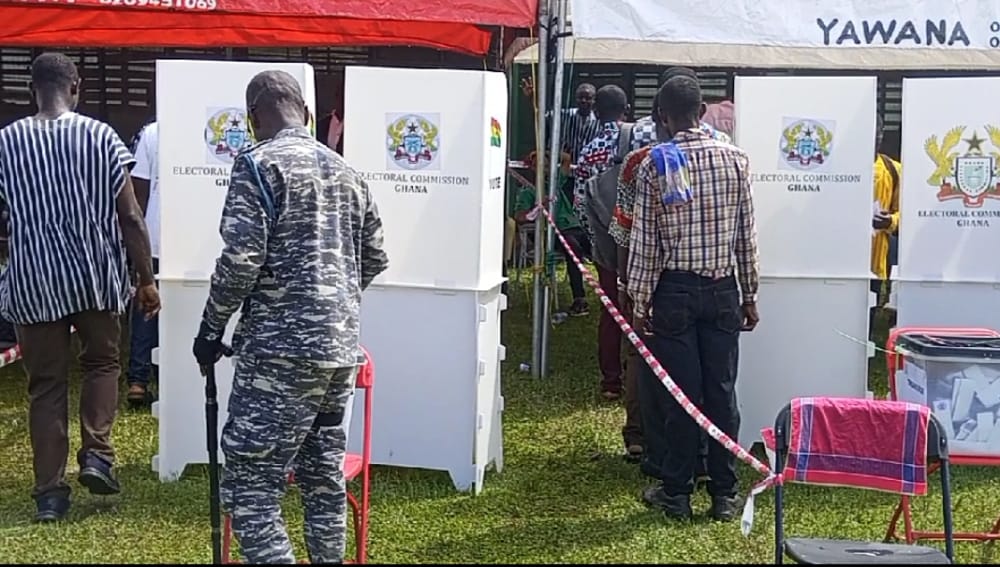 A police officer in uniform (yet to be identified) was captured voting in the just ended National Democratic Congress Constituency Elections in the Twifu Attimokwa Constituency in the Central Region.

The election was held in the Twifu Praso Nursing Training College on Sunday, October 24, 2022.

The Police officer believed to be a delegate and stationed in the Twifo Atti Morkwa District is reported to have cast his vote when his name was mentioned among the list of voters.

He’s said to be an active member of the opposition National Democratic Congress(NDC) and a Branch Executive in one of the Braches in the Twifu Attimokwa Constituency.

Meanwhile, some delegates claim the police officer was not voting but was shaking the ballot papers in the ballot box to settle down, which was not his responsibility but that of the Electoral Commission officials present.

Meanwhile, the Election in the Twifu Attimokwa Constituency which was held successfully saw the incumbent Chairman Hakeen retaining his position.

He assured that the party will work hard to retain the Twifu Attimokwa seat come 2024 general election and further called on the party members to ensure peace and Unity in the Party.